Are you ready to experience the festive season one more time in the glowing month of July? If you happen to have missed last year’s Christmas celebration, or just want to experience Christmas one more time, Hophaus is the place to be, as it will be transformed into a Winter Wunderland.

Christmas arouses a widespread feeling of happiness. It is moments where we can bond with our love ones and a time that we could treasure with those who are dear to our hearts. This July at Hophaus you and your family (that’s right all are invited) will get to have the opportunity to create unforgettable moments with all those being merry during the winter time. Commencing Friday 20th July and running up until Sunday 22nd of July Hophaus will bring a German Christmas to Melbourne with traditional German style Christmas markets, a four course mouth-watering family feast; concurrently singing our favourite Christmas carols with a Stein, Schnapps or Mulled Wine (Glühwein) in hand.

History of Christmas in July

Christmas in July started to be celebrated widespread in the early 1980s. The earliest Christmas celebrations in July saw people throwing parties that imitate the actual Christmas festivities in December. In Australia it is believed that Christmas in July festivities came about with a group of European tourists who were on holidays in Sydney’s Blue Mountains in July 1980. Away from the summer temperatures of their country, they were delighted at the sight of snow. They were able to convince the owner of a local hotel in the Blue Mountains to hold a party called “Yulefest”. The idea was an instant hit and caught the imagination of everyone there. The owner saw a golden opportunity in this and henceforth held a Christmas Party each year in July. Today, the tradition is entrenched in Australian culture.

The atmosphere of a traditional German Christmas Market is heightened by the lovely smells of hot chestnuts, grilled sausages and other tasty snacks. With an abundance of Christmas Markets across Germany the toughest choice that needs to be made is which Market to visit. The best answer is to visit multiple Christmas Markets, as they are all different. Ideally markets in the city are amazing for some serious shopping; whereas markets in small towns or villages are perfect if you are looking for something a little bit more romantic.

Hophaus will bring the sentimental feelings of a German Christmas with our very own Winter Christmas Market Stalls. Our Market stalls will operate from 4pm on Friday 20th July, serving up an array of Bratwurst, mulled wine, bretzels and schnapps.

On a cold day, nothing will warm you up sooner than a mug of steaming hot Glühwein. An essential German Christmas beverage consists of hot mulled red wine, with an optional shot of brandy (Glühwein mit Schuss). Most major cities in Germany serve Glühwein in ceramic mugs designed specifically for the local Christmas markets. The mugs usually portray either the particular historic city centres or the Christmas market.

The most awaited German Christmas custom is the Christmas feast! Hophaus will deliver in spades, with our version of a flavoursome spread. On arrival you will be greeted with a warm baked bretzel which is accompanied with Leberwrust and whipped butter. This is immediately followed by our take on a traditional prawn cocktail as your entrée, smoked salmon roulade, avocado cream and Avruga caviar (YUM!). Now that we have finished with our appetisers we should be ready for our mains. Shaved Cranberry glazed turkey, honey roasted leg ham and Green Peppercorn slow Roasted Grass Fed Beef will be the champions of the night. Typically the Germans are renowned for their deserts and here is no exception. Let us finish off the four course meal with a festive tasting board; this will include mince pies, brandy Christmas puddings and warm Bavarian Eggnog. 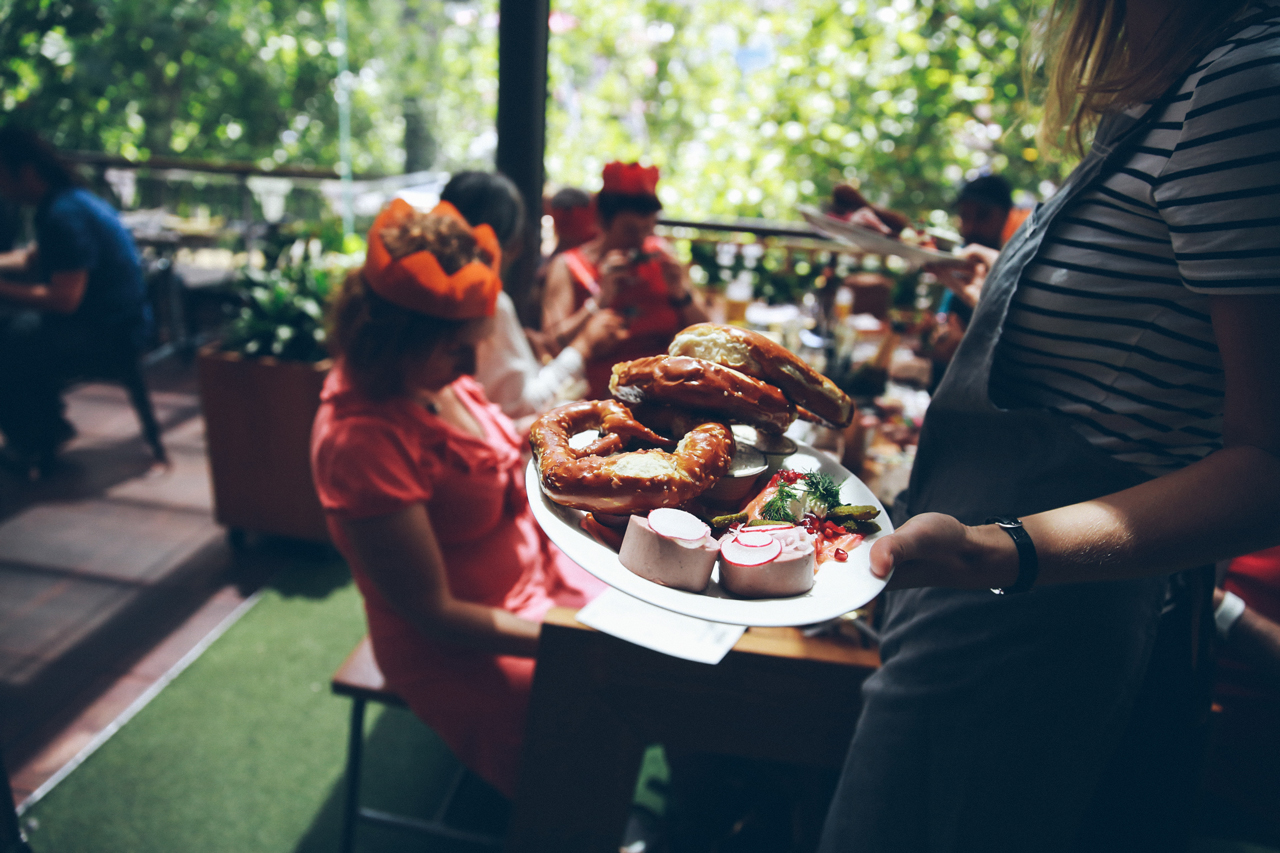